The MC2152 70th Anniversary Vacuum Tube Amplifier is a 150 Watt per channel stereo amplifier and features a striking new design to celebrate our seven decades of handcrafting some of the best home audio equipment the world has ever heard. While its design is new, the MC2152 incorporates the lessons we’ve learned and the techniques we’ve invented in our 70 years of audio engineering.
Utilizing our patented Unity Coupled Circuit output transformer technology – the same technology the company was founded on in 1949 – the full 150 Watts can be delivered to almost any pair of speakers regardless if they have 2, 4 or 8 Ohm impedance.

McIntosh MC2152 70th Anniversary Vacuum Tube Amplifier The stunning new design of the MC2152 is highlighted by a bead blasted black anodized aluminum chassis accentuated with matte finish carbon fiber side panels. The front panel showcases a backlit laser cut McIntosh logo flanked by classic McIntosh knobs. The vacuum tubes are covered by a 12-gauge stainless steel wire cage with a black powder coated finish.
McIntosh MC2152 70th Anniversary Vacuum Tube Amplifier To the back are the two Unity Coupled Output Transformers with the power transformer centered between them. All three transformers are housed in glass topped extruded enclosures displaying the wiring diagram for each transformer. A 70th Anniversary badge is laser engraved into the top plate of the enclosures.

McIntosh MC2152 70th Anniversary Vacuum Tube Amplifier The MC2152 uses eight KT88 output vacuum tubes plus eight small signal tubes comprised of four 12AX7A and four 12AT7 vacuum tubes; half of the tube complement is assigned to each audio channel. The 12AX7A vacuum tubes are for the Balanced and Input amps, while the 12AT7 tubes are for the Voltage and Driver amps. The LEDs under the eight small signal tubes can be set to three illumination settings: Off (which allows the tubes natural amber glow to be visible), Green or Blue – a new color option unique to the MC2152. Our Sentry Monitor™ technology monitors the output current and shuts the amplifier off if it ever exceeds safe limits.

McIntosh MC2152 70th Anniversary Vacuum Tube Amplifier On the back are both balanced and unbalanced inputs, along with our patented Solid Cinch™ speaker binding posts to securely connect your speaker cables to your speakers, and an input and output for our Power Control technology that will automatically turn other connected McIntosh components such as preamplifiers, CD players or turntables, on and off. 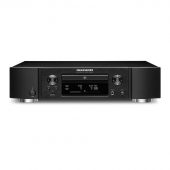 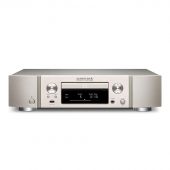 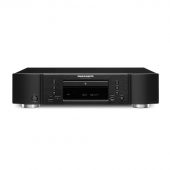 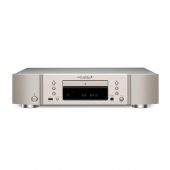 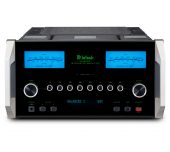 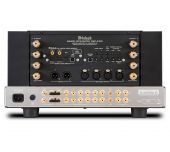